Vance Co, NC - MOM & DAUGHTER - REJECTED TOO MANY TIMES - PLEASE SAVE THEM!

MISTRESS & HER DAUGHTER, PRINCESS - REJECTED AGAIN
$800 in sponsorsship! WE MUST MOVE THEM TO RESCUE! 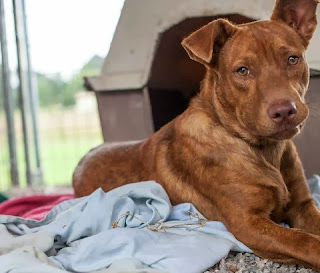 Mistress & her newborn pups, Princess & Duchess were sent to rescue & returned several months later since the rescue wasn't able to find homes for them.  This beautiful family waited another 2 months while we pleaded for rescue placement. Finally we thought we had found their big break...a rescue committed to taking them!!! We were thrilled, they were moved out of the death row and finally had their chance at finding families & happy lives. Several weeks later the rescue backed out.  Our hearts have broken a hundred times over for this precious little family, rejected yet again through no fault of their own.  Another setback, another rejection, another chance gone. Duchess finally did find rescue & is blossoming in her foster home. 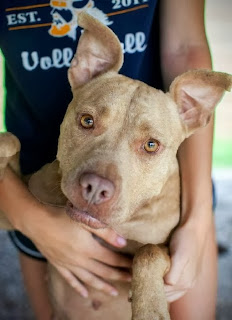 We are pleading a final time to save Mistress & Princess.  We must find placement for them this weekend.  MISTRESS is approx 2 yrs old, SPAYED, fully treated for heartworms with immiticide & has completed recovery.  PRINCESS is now 7 months old, SPAYED and HW negative. Due to being rejected so many times, they are shy & withdrawn. Who can blame them? Humans have not shown them compassion, humans have failed them. They deserve better, they deserve a real chance, they deserve unconditional love, they deserve to never be given up on. They get along with other dogs, are not good with kids (they are scared & bark at them), but great with people. SEE VIDEO LINKS BELOW!!!

Please, please save this mom & daughter.  You could be their last hope.  CONTACT: VanceShelterResq@aol.com

FREE TRANSPORT from NC as far north as NJ traveling along I-95 departing Saturday evening September 28th.  NO PULL FEE, they are FULLY VETTED & READY TO START HAPPY LIVES!