LITTLE MAMA HOUND AND HER BABY MUST STAY TOGETHER! 2 PRECIOUS DOGS NEED A HOME. 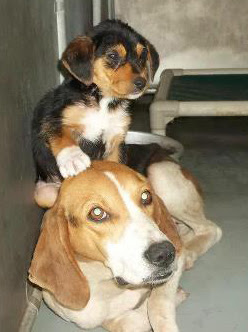 #27-HOUND & BABY PUP-(F)-AVAILABLE:4/15/13@12:00   SEE THE RESCUE PROCESS UNDER THIS BIO: Yes, this family of two must go together. This poor hound girl is on the small side and is very timid, but she did eat my treats as long as I sat very still and moved my hands away from her. She is a VERY good mom to this pup - she lets her eat first and stayed cuddled close by. Puppy, on the other hand, i...s totally outgoing - she was right up at the kennel door waiting for me to feed her. She is eating solid food on her own. They are precious - please help!

TO RESCUE OR ADOPT THIS OR ANY OF OUR ANIMALS, YOU MUST:

1. SEND AN EMAIL WITH YOUR NAME, ADDRESS AND VET REFERENCE TO COLUMBUSCOUNTYDOGS@GMAIL.COM.

2. PAYPAL THE PULL FEE ($10 FOR 501 RESCUES, $25 FOR ALL OTHERS) AND KENNEL NUMBER TO JULIEZDOGS@GMAIL.COM. (Be sure to send via the paypal option "Personal" or "I am sending money to family or friends." Julie is the puller, NOT THE SHELTER, so she should not have to pay the paypal fees. Thanks!)

3. IF YOU CANNOT PICK UP THE ANIMAL YOURSELF, CALL SOUTH ROBESON VET AT 910-628-7178 TO HAVE THE ANIMAL PICKED UP, VETTED AND BOARDED TO RECEIVE A HEALTH CERTIFICATE.

4. ARRANGE FOR PROFESSIONAL TRANSPORT TO YOU.
These companions are at :
Columbus County Animal Shelter
288 Legion Dr Whiteville, NC 28472
Their hours are Mon-Thurs 10:30-5 and Fri 12-5See More 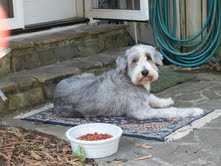 UPDATE: These sweet babies are in a temporary foster now, but we still need to find them a permanent home. HELP!! These dogs are being given up by the owner in SC
*FROM LAURIE: They are gorgeous, an eight year old Bearded Collie male and a three year old Jack Russell (who looks like a mini Beardie in these photos)
Please can you circulate thanks. They are best friends. These are not my dogs but I am trying to help the owner please help me!
Contact: Laurie Smith  ncls@windstream.net 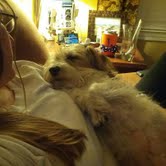 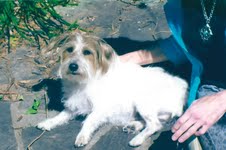 CODE RED: 3 CATS THAT HAVE BEEN CARED FOR SINCE KITTENS NEED FOSTER AND OR ADOPTION ASAP OTHERWISE THEY WILL GO TO HIGH KILL SHELTER IN ONE WEEK. READ STORY BELOW.

I have had these companions since they were small enough to be fed with a eye dropper ... They are litter box trained and are inside companions ... Great with birds, children and even dogs ... They've lived on hard food and water ... VERY low maintenence companions ...

Trouble: The most affectionate of the three. She is a lap cat. Loves to be pet and be at your attention ... loves her neck and belly petted
Patches: shes our vocal cat ... she will say hello as you walk by ... esp in the morning ... she is slightly more independent ...
Butterball: He's more shy, loving once hes used to someone ... loves to be scratched under his ears ... he's a flopper!

I am in a financial crisis and am forced to move home ... My mother cannot have furry animals in the house, due to a medical condition ... I am avoiding the shelters, knowing my companions will be put to death ... These cats have too much life left to be put to death ... please help  (they are all fixed but NOT up to date on vaccinations). ( cats this age should not be vaccinated in my opinion…Trudy)
CONTACT: <louielouie965@gmail.com>

Sherley and Misty need an angel. 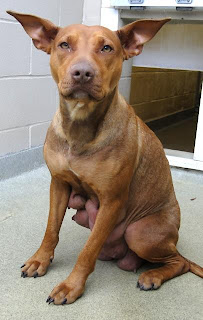 Their faces say it all. Please if you know of anyone that can rescue these sweet dogs, or if you need more information please email or call Teresa at 252-944-3051 tee_gee_us@hotmail.com 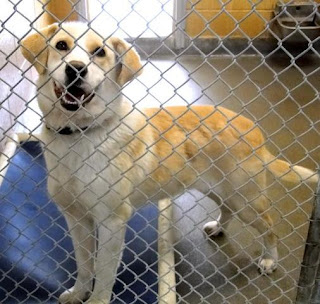 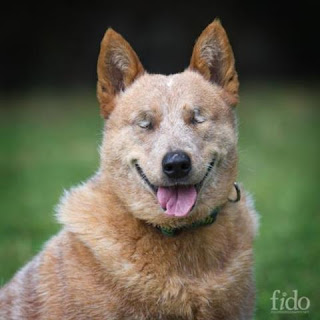 This precious girl was abandoned to a shelter by  owners who just didn't have the time.  Dixie still has love in her heart and faith that she will again belong to a family.
My name is Dixie, and I am a very sweet girl who needs a forever home with someone as special as I am. I came here from another shelter ...in March 2011, where I ended up because my family did not have enough time for me anymore. You would never guess it from my pretty smile, but I have been through a lot in my life. Still, I smile because I have faith that there is someone out there who will fall in love with me, even though I have been waiting for an awfully long time. I know you must be staring at my photo thinking someone got a little carried away with the Remove Red-Eye button while editing it... I wish that was case! I have always had issues with my eyes, to the point where I had to have one removed about a year ago. Things were OK for little while, but then I started losing vision in my remaining eye. It started to cause me a lot of pain, so that one had to go, too. It has been taking me some time to get use to my surroundings here at the shelter without being able to rely on sight. I have to learn voices instead a faces, and it is harder for me to know when someone wants to interact with me, or when another dog is coming up to sniff and introduce itself to me. On top of that, I tend to bump into things before anyone can stop me... ouch! I would love to move to a real home where I can be more comfortable once I learn where everything is. I know basic commands and love to go for walks on a leash and car rides. I will sit the lap of anyone who will let me and snuggling on a couch next to someone is my favorite thing of all. The most important thing to know about me is that what I lack in vision, I make up for in personality. I love attention and have plenty of love to give in exchange. I hope my story will open your heart and you will want to come meet me, and that once we spend some time together, you will want to open your home to me as well!

Check out my video on YouTube at http://youtu.be/tRaO6lst9kY... it was taken when a little while ago when I had one eye, but I am still the same great dog! 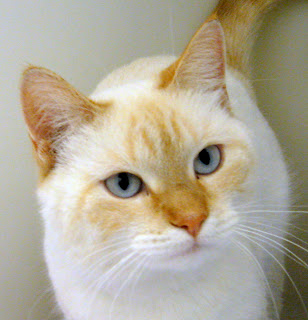 Last Chance for Chloe, a GORGEOUS Flame Point Siamese Girl - She Needs a LOVING, Kind Home This Time!
*From Laura:  Chloe is on her last chance, as this is her third time at the shelter. She was adopted and returned twice; normally, this could put her on the dreaded E list; however, the shelter is doing their utmost to help Chloe find a home and avoid that awful list!

Chloe originally came into the Bucks County SPCA as a stray....imagine that! Almost immediately adopted, she was returned for not using her litter box. It is strongly suspected that the owner's dog and cat may have prevented her from doing so as she has excellent habits at the shelter. She was adopted again and returned -- this owner said she didn't like him and became aggressive when he kept picking her up and trying to hold her to stay. Really?!

Back at the shelter, her behavior improved and it's learned that she's a TYPICAL Siamese female....she likes petting and attention but, when she's had enough, she's had enough! It is recommended that Chloe be placed with cat-savvy people with no other pets and, if children, older children. She's about 1-1/2 years old and spayed.

Note from poster, Laura Schwartz: I've met Chloe and found her to be not only utterly beautiful but soft with bunny fur. She came right over and played and was as nice as could be....but, of course, I didn't pick her up and hang onto her against her will!

Transport can be arranged.
Quakertown, PA; Contact:  mfrank@bcspca.org OR  cpatterson@bcspca.org