Please Help the ChipIn Babies on Either side of this post.

SPECIAL NOTE: We will be placing ChipIn widgets on either side of our rescue posts. Scroll down to view more. Please help if you can -- every dollar helps with situations like these. Many of these Chipins are for people just like you and me who are desperate to help their little ones no matter what size they are. We, and they, appreciate all you can do. If you can't ChipIn, please share far and wide. The more people that respond, the more ChipIns we can help with.
Thank you ~ The Hearts 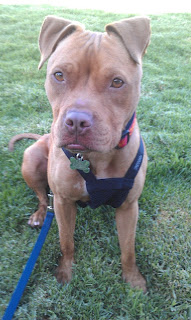 *From AllForLoveAnimalRescue.org:  Ruby is an adorable, young, sweet girl, who was on death row at the Camarillo Animal Shelter. Small in size, she is a pocket pit who is playful, energetic, and very friendly. All For Love Animal Rescue (AFLAR) helped a private party in getting her out of the shelter. They had committed to finding her a home, but were unable to do so. Now, in order to keep her from being returned to the shelter, AFLAR stepped in to help. Since she is young, Ruby will need some basic training, but our trainer has given her a good assessment.


Unfortunately, she has just been diagnosed with epilepsy. We took her to the vet for tests, and she is now on meds, and we are watching her carefully.
So, AFLAR is committed to helping Ruby, and therefore we are faced with boarding, training, and medical costs, in addition to eventually finding hera foster or forever home. And since she was pulled for a private party, we don't have any donations for Ruby, and so we are reaching out for help in caring for her.

AFLAR pulls many death row dogs and "medical" dogs from the Camarillo shelter (primarily Pit Bulls & Chihuahuas, who are most in danger). We operate solely on charitable donations to enable us to continue our work for these animals.

Please help us with Ruby by donating for her care, and also spreading theword about this great little girl? She is depending on us, and we won't let her down. 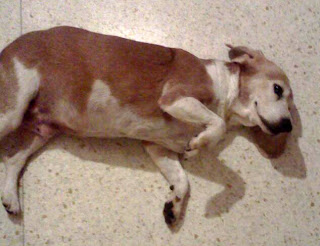 8-4-12:  RESCUED!!  Thank you to Gary and Cindy Peterson of Hokie Hounds for stepping up for Sugar and the same appreciation to Dolly Dickson and her family for risking their home because they could not look away from what Sugar was going through.
They took her in to keep her from being beaten, but the landlord won't let her stay. Please help find a good home for Sugar.

*From Dolly: Hi, I have a huge problem and I am hoping that you can help me or make a suggestion.

Sweet Sarah Kate..Tossed Out Like Trash is a True Treasure

Please take the time to hear the story of this precious little dog, help if you can... network like crazy.

On July 11, 2012, a very kind and caring rescuer/transporter in south Florida emailed BTRA and twenty (20) others asking for help for a senior Boston terrier in her area. At first, I thought this senior girl was just too far away from BTRA for us to be able to help her. I figured that a rescue closer to the area would come to her aide. As much as I love Florida, I did not think that I was up to a twelve-hour, one-way trip to the southern portion of the state. I desperately tried not to think about this sweet senior Boston. My effort in ignoring this email did not work.

Her name was Etta. She has been a breeding stock dog her entire life of nine years--forced to have one
litter of puppies after another. She has lived her life in a cardboard box outside surviving the elements of southern Florida. When her last three litters were stillborn, her owner (a breeder) took her to animal