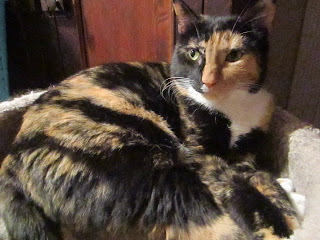 Phantom has been adopted!!!

Phantom is 7 years old…her family had to give her up due to life threatening asthma, allergy attacks in 4 year young human child…hospitalized twice. Phantom is spayed and perfectly healthy in every way!!! She is shy…these poor little animals have no idea what turns their world upside down…

They found what they hoped would be a great home for PHANTON but it was not to be…it is less than one week since she was adopted and The New Family has decided that they don’t want her…just like that!

This cat cannot go back to the former home…Susan, the former owner has begged for a ONE WEEK reprieve…one week from today, June 24.