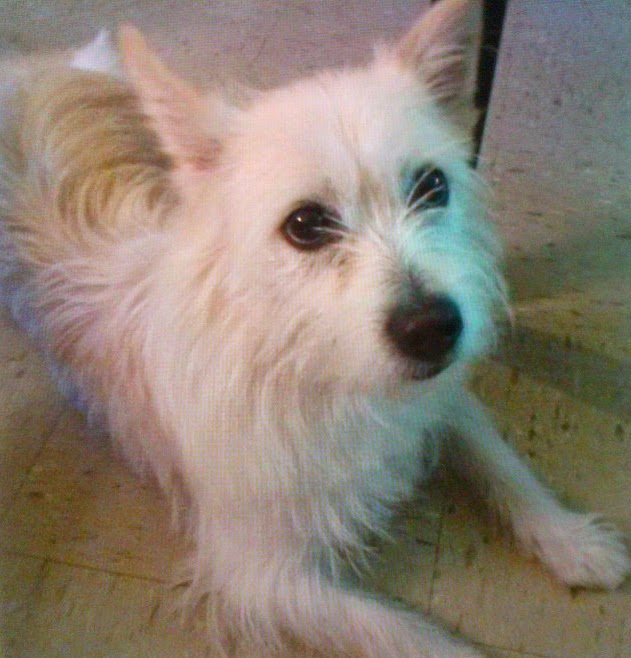 Enzo was found roaming the streets during the blizzard the other day by a wonderful woman who was walking her dog. He wasn't wearing a collar, had no leash, and followed the woman and her dog home. Her neighbors son said they had seen him earlier tied up to a gate at the train station. The woman and her daughter quickly brought him back to the train station hoping that his owner was looking for him. INSTEAD..... when Enzo ran up to the man he clearly recognized and was confronted by the woman, he told her that he sold the dog for drugs and it wasn't his dog any more. They then contacted the ACC and was told that the shelter is so overcrowded that they are not even putting dogs up for adoption anymore and that they are just euthanizing them due to lack of space. The woman refused to let this happen to poor Enzo and took him home.

Unfortunately, they are not able to keep Enzo and would like to find him the loving home he truly deserves. We do not have an exact age on him ( He is young based on his teeth), but he will be fully vetted, is good with other dogs, children, and we are unsure about cats. Please pm me or email Ashley O'Neil at inforoadtohome@gmail.com if you are interested in opening your heart and home to this very deserving boy. He is currently located in Brooklyn, NY.